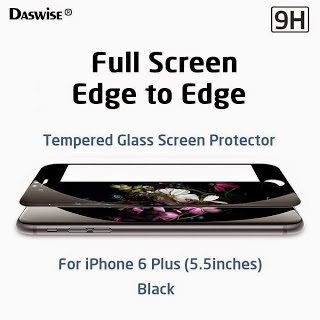 Hey guys! You all know that I recently cracked the screen to my iPhone 6! It was probably the most depressing thing that has happened to me in about three months the other time I cracked my screen lol! Well I got my screen fixed and bought a realllly good screen protector! Its the
Daswise 2015 Full screen anti scratch tempered glass protector! I found it on amazon for a very good price!
Save money ahead of time by buying THIS screen protector NOW! 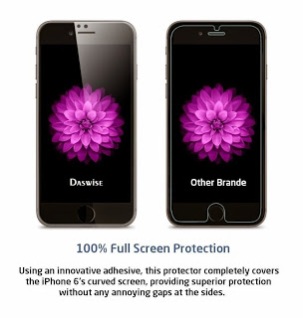 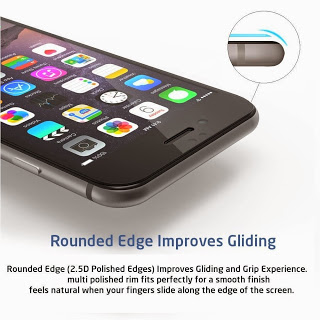 1. I found out I was expecting a baby and 2. I formed an opinion on those types of dogs based on everything I heard from the media. It was a constant battle between me and my husband and I made him keep the dog at his moms house until I felt i could accept little Capone (he is not so little anymore) lol. I then started to do research and found out I was over reacting after about 3 months of really learning about the American Pit Bull Terrier I finally accepted Capone. The question I was most curious about is Are Pit Bulls dangerous?? And the simple and honest answer is that ANY dog can be dangerous. Depending on your definition of what dangerous is to you. I honestly feel its the type of owner the dog has. Pit bulls were actually known in the early 1900’s as “nanny dogs” because they were tolerant and gentle with children. Also “Pit bull” isn’t a breed; it’s a label used to describe multiple breeds including the American Pit Bull Terrier, American Staffordshire Terrier, Bull Terrier, Staffordshire Bull Terrier, and American Bulldog (ASPCA).
Ive noticed living with Capone that as long as he is taken care of meaning he is fed and taken on walks and given the right attention he is the most loveable dog ever. He reminds me of a big baby. He lets me know when he wants to go outside by doing a big baby whine (thats what I call it). For anyone who is considering adding a Pit Bull to their family I would recommend doing lots and lots of research but that goes with any dog you are thinking of adding to your family. After about a month my dogs got used to Capone and have formed a bond with him. He is a great protector and VERY loyal to our family. My husband has started the Pit bulls of Chicago organization and has big plans to help Pit Bulls and rescue because he loves them so much. You can view more photos of Capone and his daily activities on Instagram at Pitbullschicago.

Capone LOVES kids!
With some of his birthday gifts!
Lazy pups!